In the first round of the Georgia High School football playoffs Friday, Wheeler was routed by Grayson but Kell pulled out a win in the final seconds.

Lassiter’s enjoyment of its first No. 1 state ranking ever was brief, and it will hold some bitter memories.

After leading 21-0 in the second quarter, the Trojans could get nothing going offensively in the second half of their Class AAAAAA first round state playoff game.

Brookwood rallied late in the fourth quarter to send the game to overtime, then kicked a field goal in the extra session to shock previously unbeaten Lassiter 24-21.

The Trojans finished one of their best seasons prematurely, with a 10-1 record. But quarterback Eddie Printz and a Lassiter powerful offense were stymied when it mattered the most.

In another part of East Cobb, another visiting team from Gwinnett also forced a game into overtime, and with similar results.

Parkview and Walton were tied 7-7 after regulation. Walton went ahead 17-14 in overtime, but Parkview got a 15-yard game-winning touchdown to advance in the Class AAAAAA playoffs with a 20-17 win.

The Raiders, who were plagued with injuries to key players all season, were playing without all-state running back Tyren Jones, who had a sprained knee.

After reaching the state championship game a year ago, Walton finishes with a 7-4 record.

Wheeler was making its first playoff appearance in six years, and the Wildcats had an unenviable task in playing at Grayson, the defending state champions. The Rams led 35-6 at halftime and cruised to a 49-9 win, also in Class AAAAAA.

Kell for the winning touchdown with 33 seconds to play to beat Southwest DeKalb 19-14 in Class AAAAA. The Longhorns will play host to Gainesville in a second-round game next weekend. 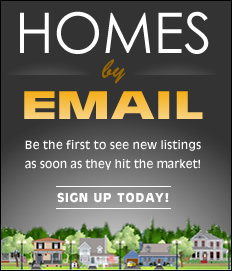